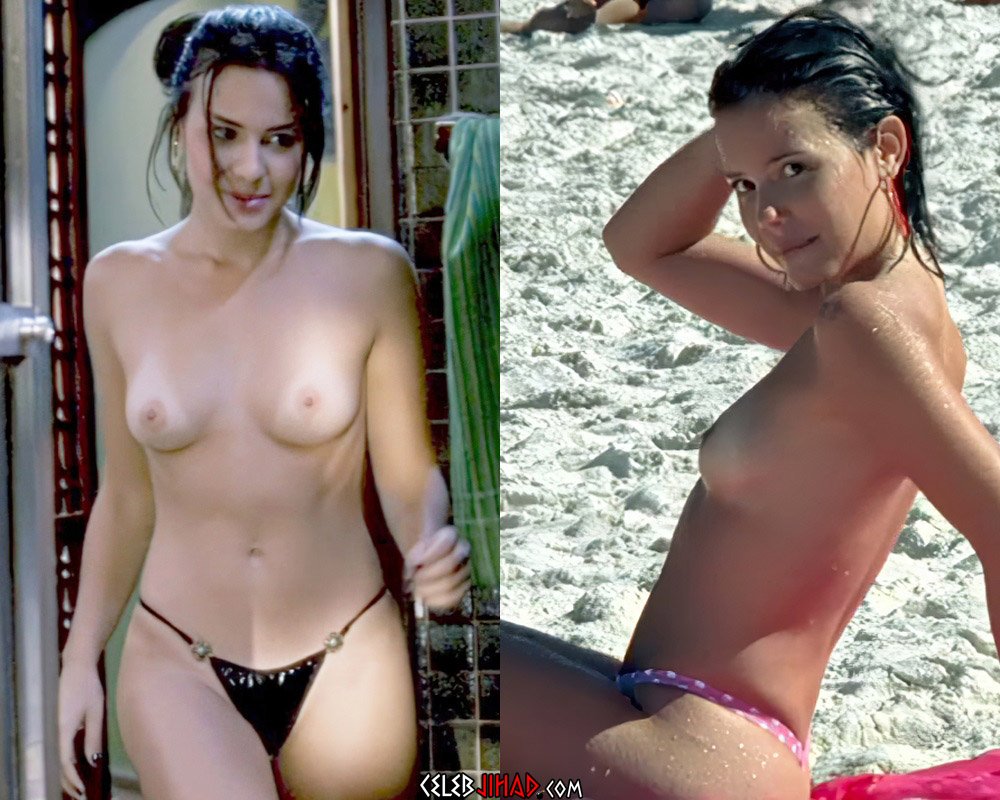 The video below features Brazilian actress Juliana Kunust’s nude scenes from the film “Lost And Found”.

For as you can see from her nude photo shoot with Playboy below, Juliana Knust is one of the few women in the Mexican nation of Brazil (who doesn’t live with a tribe in the rainforest) that does not have back-alley bolt-on boobies and butt implants.

Yes, Juliana’s all-natural body is quite the oddity in Brazil. No doubt her proportional figure is the object of much gawking and ridicule whenever she leaves her shanty.